Minneapolis police now know the identity of the elusive “Umbrella Man” accused of helping incite violence at the George Floyd protests, including the destruction of public property, CNN reports.

According to the report, the man, who remains unidentified, has connections with the Aryan Cowboys, which a search warrant describes as a “known prison gang out of Minnesota and Kentucky.” As CNN notes, the Anti-Defamation league classifies the group as a white supremacist prison and street gang. 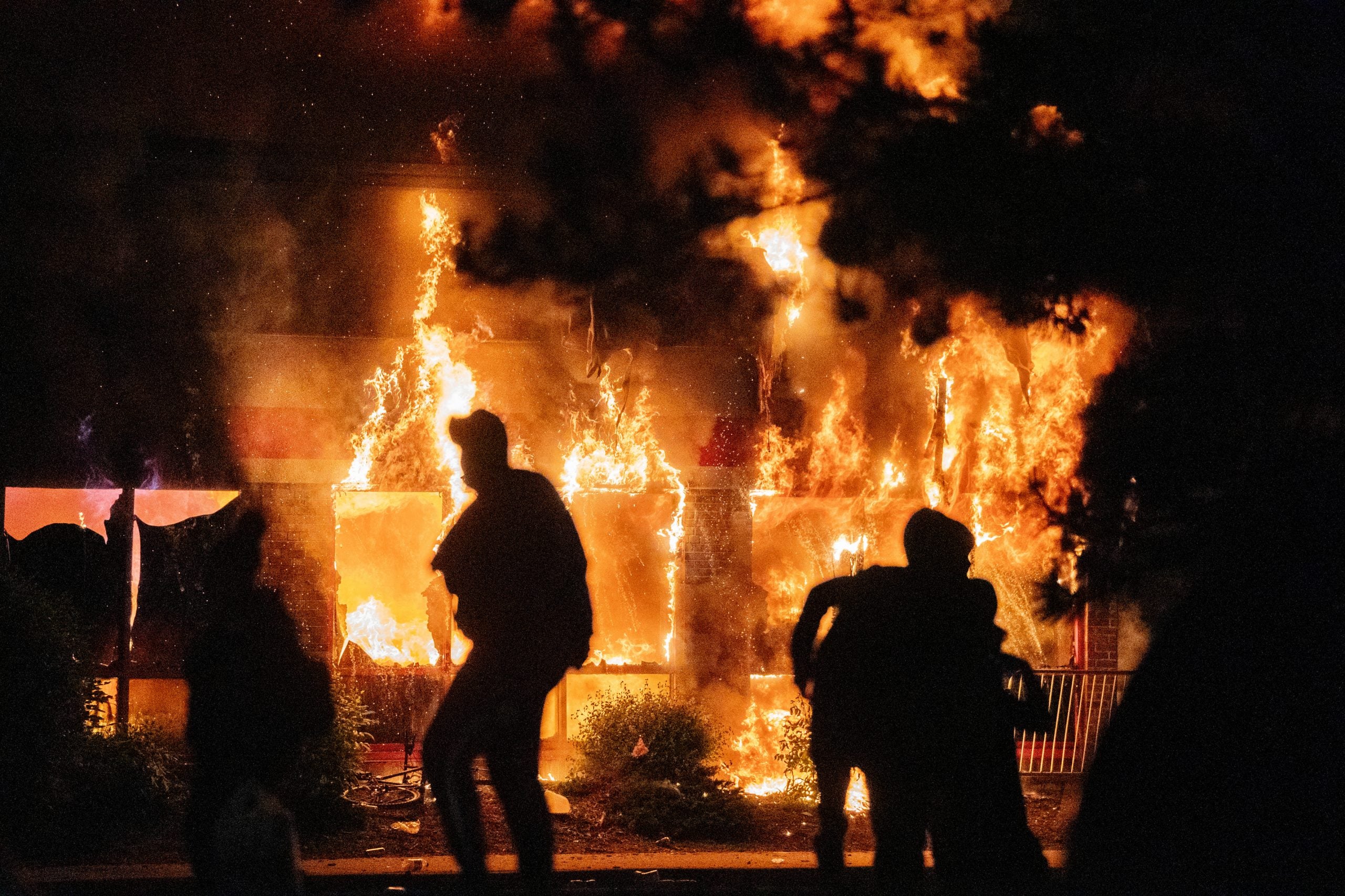 Minneapolis, MN May 27: AutoZone burned as protesters continued to gather outside of the Third Precinct. Protester and police clashed violently in South Minneapolis as looters attacked business on Lake Street on Thursday, May 28, 2020 in Minneapolis. The protests were sparked by the death of George Floyd at the hands of a Minneapolis Police officer Monday.(Photo by Mark Vancleave/Star Tribune via Getty Images)

Although police now know the identity of Umbrella Man, no charges have been filed against him, and the case “remains an open and active investigation,” Minneapolis Police spokesperson John Elder told CNN.

Minneapolis Police Arson Investigator Sgt. Erika Christensen noted that before Umbrella Man became involved in the protests, specifically, before he started smashing windows of an Autozone and spray painting the words “free sh-t for everyone zone” on the doors, the protests around Floyd’s death had been peaceful.

“Until the actions of the person your affiant has been calling ‘Umbrella Man,’ the protests had been relatively peaceful. The actions of this person created an atmosphere of hostility and tension. Your affiant believes that this individual’s sole aim was to incite violence”, Christensen noted in an affidavit.

From the very beginning, many, including Minnesota Attorney General Keith Ellison who is prosecuting Floyd’s case, called the man out as a “provocateur.”

This man doesn’t look like any civil rights protestor I have ever seen. Looks like a provocateur. Can anyone ID him? “Suspicious Man Breaks Window & Starts Minneapolis Riots” – YouTube https://t.co/e1lNAabWcb